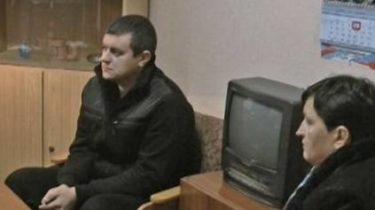 This confirms a short video of the interrogation of Ukrainians, who unveiled the border service of Russian FSB, writes UKRINFORM.

Video without sound – it is accompanied by the comment that the detainee has been charged.

Parents detained by Russia, Ukrainian border guards do not believe the gossip about the bath

As reported, a meeting between representatives of border agencies of Ukraine and Russia against two detained Ukrainian border guards took place in Bryansk, where the incident occurred.

3 October, two officers of the border service Department “Snob-Novgorod” Sumy border detachment have carried out monitoring of the border area when contact with them was lost. The regional Prosecutor’s office opened criminal proceedings. Later , the Russian side has officially confirmed the detention of soldiers on the border in Sumy region. Detainees were not allowed Ukrainian Consul.