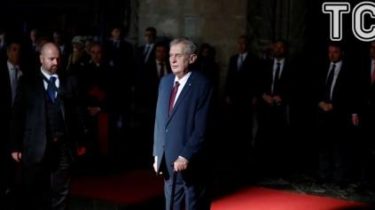 Czech President Milos Zeman with his proposals for the sale of Ukraine’s Crimea “legitimized aggression of Russia, which is contrary to international law”.

This is stated in the resolution of the Senate of the Czech Republic, transfers gromadske with reference to the Czech publication Ceske Noviny.

The document States that Zeman is detrimental to the interests of the Czech Republic and respects the foreign policy of their own country.

The representative of the Czech President did not agree with the statement of the Senate.

“The President does not legalize the annexation of the Crimea, he expressed a balanced and realistic opinion,” he said.

Videotransit activists laughed with the President of the Czech Republic