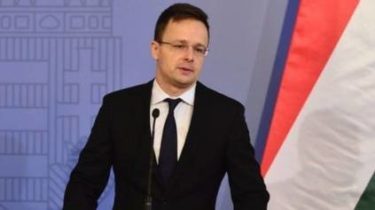 The Minister of foreign Affairs of Hungary Peter Siarto has not changed his opinion about the Ukrainian educational law after a meeting with foreign Minister of Ukraine Pavlo Klimkin.

Szijjártó continues to insist that the law violates the rights of Hungarians and other ethnic minorities in Ukraine, reports the Associated Press.

According to the Hungarian Minister, Budapest will continue to block the European integration of Ukraine, if the education act will not be changed.

Péter Szijjártó also added that relations between Ukraine and Hungary is now experiencing the biggest crisis since 1991, when Ukraine gained independence.

Subsequently, in Russia, this law called “an act of forced Ukrainianization, which constituted a flagrant violation of Ukraine ratified the European Charter for regional or minority languages”. “The state Duma has prepared a statement regarding the Ukrainian law on education, in which he condemned adoption by the Verkhovna Rada of the document. The Russian foreign Ministry stressed that the document infringes on the interests of millions of Russian-speaking residents of Ukraine