The third lawsuit to the WTO Ukraine has complained to Russia 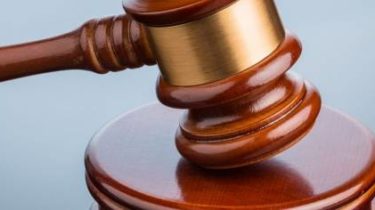 Ukraine submitted to the WTO a new lawsuit against the Russian Federation, with regard to the limitation of imports of food and industrial products.

This was stated by the trade representative of Ukraine – Deputy Minister of economic development and trade Natalia Mykolskiy in Facebook.

Ukraine has filed a new lawsuit against Russia to the WTO to restrict imports of food and industrial products. Today Ukraine…

“Ukraine has filed a new lawsuit against Russia to the WTO to restrict imports of food and industrial products. Today, Ukraine put in a request for consultations with the Russian Federation”, – she wrote.

The lawsuit concerns the limitations of Russia’s import from Ukraine of juices, beer, confectionery and Wallpaper. “Ukraine today filed request for consultations with the Russian Federation concerning restrictive measures in respect of imports of juices, beer, confectionery, Wallpapers,” – said the trade representative. This lawsuit to the WTO to Russia is the third.

Recall, February 9 Ukraine filed WTO suit against Russia, because it limits its territory traffic in transit of Ukrainian goods to Kazakhstan and Kyrgyzstan.

From 1 January 2016 launched a free trade area between Ukraine and the EU in the framework of the Association Agreement. Russia took offense and decided to take revenge on Ukraine blocking transit of goods by road and rail to Kazakhstan, and from July 1 – to Kyrgyzstan.