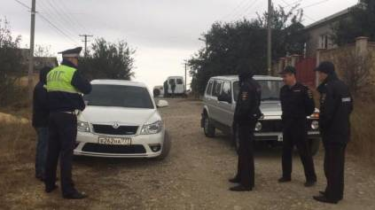 Six Crimean Tatars detained on Wednesday in the town of Bakhchisarai, for two months leaves the custody of the occupation, the court of Simferopol. FSB accuses them of involvement in a religious organization “Hizb ut-Tahrir”, which in Russia is considered a terrorist, according to a story TSN.19:30.

At the same time, no charges of planning a terrorist attack, the occupation authorities did not put forward one of the more than two dozen Muslims arrested in the Crimea in this matter, starting in 2015. The offence itself belonging to a banned organization.

In Bakhchisarai invaders came with searches to the four Crimean Tatars

As reported to the courthouse came several hundred of the Crimean people to support detainees in Bakhchisarai. According to the lawyer Cemil Temicheva, the court has satisfied the petition of protection for detainees to elect a milder measure of restraint in the form of house arrest.