“Budapest openly flirt”: the foreign Ministry of Ukraine responded to the action “self-Determination for Transcarpathia” 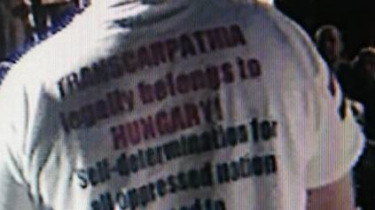 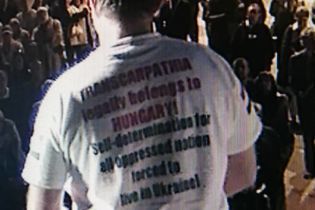 The Ministry of foreign Affairs “strongly protests” against the action “self-Determination for Transcarpathia”, which took place on 13 October at the Budapest Embassy of Ukraine in Hungary.

About this in Facebook wrote Director of policy and communications Ministry of foreign Affairs of Ukraine Alexey Makeev.

“It seems that Budapest, despite our many reviewers too constructive diplomatic approach – openly flirt,” said he.

Makeev said that the Ukrainian side expects that the Hungarian authorities urgently dissociate themselves from the calls of the protesters.

We will remind, on Friday, October 13, the Budapest Embassy of Ukraine in Hungary rally for “self-determination of Transcarpathia”. The demonstrators called for “self-determination of Transcarpathia and freedom Ruthenian, Polish, Bulgarian, Romanian, Armenian national communities living on the territory of Ukraine” and protest against “the barbarism of the coup, which captured Ukraine, and with it the Hungarian national brothers.”