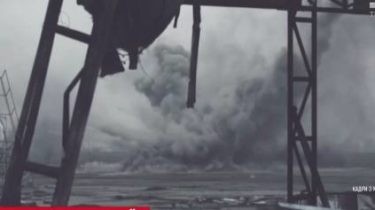 In Kiev attended by the relatives of the dead defenders of Ukraine, to live to see recently opened a multimedia memorial in the war Museum. On its walls, one after another photos and names of those killed in ATO Ukrainians, and there are more than three thousand, according to a story TSN.19:30.

145 soldiers in these photos he was posthumously awarded the title Hero of Ukraine, the list of names is constantly updated. “This is the day when it really compresses the chest, and remember the people you meet. If it was not – it would be a void hard to fill,” – says “cyborg” Eugene Mezhevikin.

Video settings Kiev attended by the relatives of dead soldiers, see the new multimedia memorial at the war Museum

To honor the memory of comrades came to the soldiers who defended the Donetsk airport. Andriy Sharaskin and Eugene Mezhevikin inspired filmmakers to create a new tape called “Cyborgs” and the car will be released in December. “We still have a lot of work. We still need to win the war. And to win, to finally make peace in our country. And this we can do only when we can tell someone in his place,” says Sarasin, who has the Callsign “La Boheme”.

As reported, Ukraine commemorates its defenders – this festival began to celebrate in 2014 after the start of Russian aggression. And this is not the day of the military or national guardsman, and especially not a formal holiday of men, which was in Soviet times February 23 – the day Ukraine commemorates the dead and celebrates the living people who deliberately came to her defense, and neither gender nor profession it does not matter.