On the Grushevsky street was rebuilt the legendary poet, Lesya and Masons of the time of the Maidan 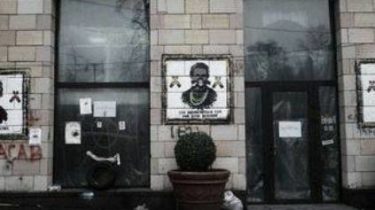 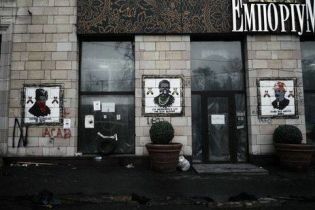 Destroyed in this year’s “icons” of the revolution of Dignity on Hrushevskoho street resumed. Famous graffiti with the image of Taras Shevchenko, Lesia Ukrainka and Ivan Franko again drew activists together with the artist Vladimir Soroka, said in the story TSN.19:30.

Patriotic prints by an anonymous artist under the nickname Sociopath at the time of independence, disappeared from the facade of the premises in early September – they were painted at the request of the owner of the furniture store. The same day, the Sociopath in social networks wrote that after the decision of all formalities, it will resume to work. But the authorship of the restored works. Artists who recreated the poet, Lesya and Masons say that the month corresponded with “Sociopath” and concluded that the artist has no plans to resume the drawings, so made it ourselves. “If you take into account copyright, I believe that these drawings are valuable not the authorship of a certain anonymous artist, and historical context – they are valuable because it is the memory about our Maidan” – said the initiator of restoration of the Dmitry Reznichenko.

Earlier, the resumption of revolutionary art on the facade promised at the Institute of national remembrance. “These rehabilitated or restored graffiti will receive additional load, as a symbol of victory over the attempts of forgetfulness,” – said the Director of the Institute Volodymyr viatrovych.