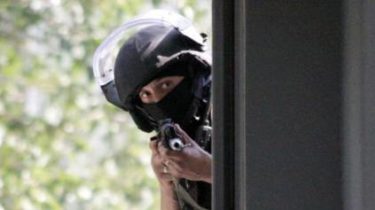 Ukrainian Ambassador to Serbia Alexander said that the Ukrainian side informed Belgrade about the participation of Serbian citizens in the conflict in the Donbass on the side of Russian-backed militants.

However, the response of the Serbian side Ukraine is not received, transfers Radio Freedom.

“We sent information to the government of Serbia, but unfortunately, got no answer,” said the Ambassador.

In turn the President of Serbia Aleksandar Vucic said that he understands the comments of the Ukrainian Ambassador.

According to him, Ukraine is a friendly country of Serbia, and added that the Serbian courts had taken verdicts against those who fought abroad.

“I don’t know what else we should do. No one has the permission of the state bodies of Serbia to participate in military action abroad, in the Donbas, Crimea or any part of the conflict between Russia and Ukraine,” said vučić.

We will remind, earlier the head of the security Service of Ukraine Vasyl Hrytsak has published the personal details of six citizens of Serbiain respect of which collected irrefutable evidence of the participation of PMCs in “Wagner.” Hrytsak called six citizens of Serbia, who fought in the ranks of “Wagner” – Alexander Milovanovic, Dragan Mirkovic, Dusko Lukic, Zoran Peacock, Nedo Stojanovic and Davor Savicic.