Tymoshenko will run for President of Ukraine 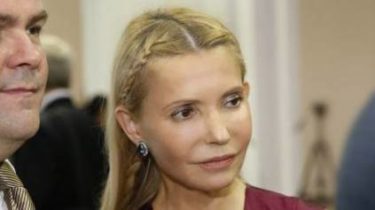 The leader of the faction “Batkivshchyna” Yulia Tymoshenko plans to run for President in the next election.

Such a statement the MP made the channel NewsOne.

“I’m going to run for President. We are going to win in order to put the country on feet”, – said Tymoshenko.

However, she noted that the previously supported Viktor Yushchenko as President and Arseniy Yatsenyuk as Prime Minister, but this does not lead to anything.

“I will never trust this thing,” – said the MP.

We will remind, the party leader “Batkivshchyna” Yulia Tymoshenko appeared in the database of the Ukrainian website “Peacemaker”. Her personal information posted on the portal “for illegal crossing of the Polish-Ukrainian border,” September 10, with the ex-Governor of Odessa region Mhala Saakashvili.

At first he tried to cross the border by train intercity “Przemysl – Kyiv”, but he was detained through a “personality who has no grounds for entry into Ukraine“. The state border service of Ukraine announced a breakthrough in the checkpoint “shehyni”, in which Mikheil Saakashvili went to the territory of Ukraine, massive illegal violations of the state border.

22 Sep Mhala Saakashvili was convicted of illegally crossing the Ukrainian border. The decision adopted by the court of Mostiska of Lviv region. Saakashvili has to pay a fine of 3400 UAH. In addition, he must pay the court fee, which is 300 UAH.