Ukrainian border guards do not have access to 150 kilometers of the border with Hungary. 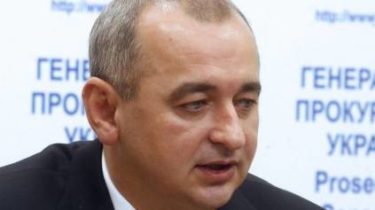 150 kilometers of the Ukrainian border with Hungary are private land.

About it on air of TV channel “112 Ukraine”, said the chief military Prosecutor of Ukraine Anatoly Matios.

“So, in fact, 150 km is land, 2 ha village Council has given local residents. After that, they have been accumulated in individual hands, built communication, and there are clusters at all, “gulyaypolsky”. When the Baron, say the Gypsies, someone said the headman or senior on-site directs the center for these people who are admiringly looking at the “hand daudu” he said.

According to him, the border guards do not have full access to it.

“I believe that it can’t be, this can’t continue,” said Matios.

We will remind, on Friday, October 13, the Budapest Embassy of Ukraine in Hungary took action for “self-determination of Transcarpathia”. Demonstrators in favor of “self-determination of Transcarpathia and freedom Ruthenian, Polish, Bulgarian, Romanian, Armenian national communities living on the territory of Ukraine” and protest against “the barbarism of the coup, which captured Ukraine, and with it the Hungarian national brothers.”