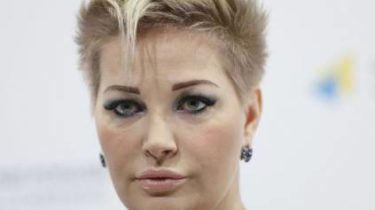 Jewels and watches of the killed in Kiev ex-Deputy of the state Duma Denis Boronenkov will not be returned to his wife Maria Maksakova. This is reported by the Kremlin’s media with reference to the decision of the investigative Committee of the Russian Federation.

The widow of the Russians agreed to return only her personal watch and jewelry seized earlier arrested in the case against Boronenkov. The jewels and the property of Boronenkov decided to leave at the disposal of the Russian state.

Lawyer Andrei Grivtsov said that the court granted his motion in relation to things that were seized by investigators from the Bank where they were stored Maksakova.

Murder Boronenkov: the Spanish trail of businessman Tyurin, a suspect in the shooting of ex-MP

We will remind, on March 23 at the intersection of Taras Shevchenko Boulevard and Pushkinskaya street in Kiev shooting occurred. As a result, it was killed by a former Deputy of the state Duma Denis Voronenkov. The attacker also wounded the security guard ex-politician, however, he managed to shoot back and wounded the killer – 28-year-old native of Sevastopol, who lived in the river, Paul Barsova. He died in hospital from wounds inflicted by the guard Boronenkov.

June 15 in Pavlohrad arrested a suspect in the murder Boronenkov. The name of the detainee is not called, however earlier, TSN reported that a local activist Yaroslav Tarasenko. October 9, the Prosecutor General Yuri Lutsenko declared that the consequence has established all involved in the murder of the former Deputy of the state Duma.