Frederick Pollack: this year we will see an increase of fraudulent transactions with cryptocurrencies 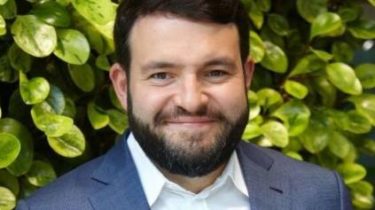 Specially for our edition Frederick Pollack gave an interview in which has told about the most popular tricks scammers who want to profit on the hype around cryptocurrencies and bitcoin.

Frederick, as reported by the media, cryptocurrencies secure as possible from hacking. How owners of “crypts” may suffer from the actions of fraudsters?

Frederick Pollack: despite the fact that the blockchain technology provides the maximum data protection scammers exploit vulnerabilities wallets. Recently had a very loud hacking scams wallets Coinbase exchange that the scammers got personal details of the owner (phone number, personal data) and by simple manipulations and deception of the support transferred bitcoins to your wallet. To protect against such hacks, I recommend using the “cold wallets” and not share with anyone your personal data.

Frederick Pollack: cold wallet allows you to protect access to your bitcoin.

See also: Frederick Pollack: “the FINTECH industry can become one of the growth drivers of the Ukrainian economy”

What are the most widespread techniques of deception of potential investors of the cryptocurrency is now prevalent in the market?

Frederick Pollack: now, many scammers use the hype around cryptocurrencies (they say about all the media) and use the illiteracy of the population. As an example of such fraud can result in the sale of “bitcoins” Gypsies with hands in Russia (this scheme becomes more popular), when under the guise of bitcoins were sold coins with the logo of the famous cryptocurrency. For more advanced users, the scammers will create pseudocreativity and various investment pyramid. All new – well forgotten old, it will be a regular pyramid, which will operate statistics the growth in the value of cryptocurrencies and offer to pay a “hands on”. To guard against such schemes is possible only by increasing personal knowledge and detailed study of the possibilities to acquire bitcoin without unnecessary risks. It is best to cooperate with major international exchanges for the sale of crypto-currencies than to buy a “pig in a poke.”

Frederick Pollack: Before you buy cryptocurrency, study the major exchanges and platforms. Do not invest a large amount to minimize the risks of deception and fraud.

Tell our readers how you can best protect your wallet on one of the most popular cryptocurrency exchanges.

Frederick Pollack: we strongly recommend to inform anyone about the fact at what exchange you have a wallet, use a separate phone number for two-step verification and very wary of the entrance to your wallet from unauthorized devices. It is best to use the so-called cold bitcoin wallets because they are much more reliable online tools.

If we talk about the earning potential in cryptocurrency that I can advise potential investors?

Frederick Pollack: Buy as cheap and sell when the asset’s value at altitude – a classic for any investor. The key issue in respect of cryptocurrency is that even the experts are very difficult to talk about the potential and implications of the investment into the cryptocurrency. You need to understand that any tool with abnormally high profitability has the opposite direction in the form of high risks for the investor. I would strongly recommend to invest in the cryptocurrency just in case, if you are really ready to part with money, the risks are impossible to predict.

Frederick Pollack: I recommend to invest in the cryptocurrency just in case, if you are really ready to part with their money in case of unpredictable risks.

If we talk about the growth projects related to blockchain technologies and cryptocurrency, where would you recommend to invest in people far from the opportunity to develop your own startup?

Frederick Pollack: I would recommend to use the experience of the millionaires of past eras and to look for opportunities “to sell gold diggers”. If you missed the gold train the growth of bitcoin and bought it for $ 100.e. the world offers a lot more possibilities for development projects. Remember that the creators of MySpace were unaware of the fact that their child can change Facebook and Yahoo team missed the threat from Google. Look for opportunities in emerging markets they are always very much.

According to the materials: http://fpollack.blogspot.com/