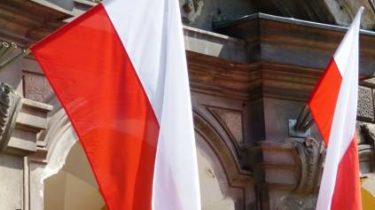 Poland opposes revision of the Association Agreement between Ukraine and the European Union, which requires Hungary because of the new law on education in Ukraine.

This is stated in the statement of the Ministry of foreign Affairs of Poland, the UKRINFORM reports.

“Poland sees no possibility of revising the Association Agreement or of the Agreement on deep free trade area with Ukraine. The Polish side will encourage partners from Hungary and Ukraine to solve disputable question of law on education through dialogue, respecting the rights of national minorities and the international and bilateral agreements,” – said in a statement.

The foreign Ministry noted that the specifics of teaching the Polish language in Ukraine is somewhat different than Hungarian.

At the same time, the Polish officials are closely watching the issues of the impact of the relevant law on the Polish education and are in constant contact with Kiev. In particular, October 26, will meet the Minister of education of Ukraine Lilia Hrynevych with representatives of the Polish minority in Ukraine.