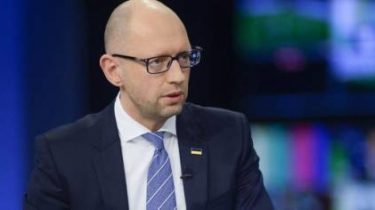 In Russia, the Stavropol regional court upheld the elected in absentia preventive measure in the form of detention of former Prime Minister of Ukraine Arseniy Yatsenyuk.

This is stated in the message of the court, RIA Novosti reported.

In March a court in Yessentuki in absentia arrested Yatsenyuk, accused of banditry. In respect of ex-Premier in absentia preventive measure in form of detention in connection with the fact that he on February 21 was declared wanted.

The court considered the appeal of counsel sabinina to protect the interests of the accused Yatsenyuk on the resolution of the Essentuki city court of Stavropol territory on March 9, 2017.

“Upon consideration decided to leave the decision of the Essentuki city court of Stavropol territory on March 9, 2017 without changes”, — stated in the message.