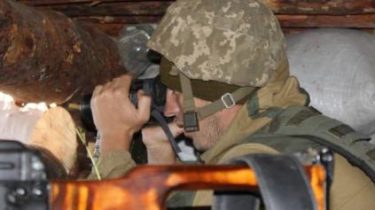 Two dead and four wounded over the past day in the East: in the press center of the ATO reported that the situation remains tense.

The shelling continued across the front line, the staff counted more than four dozen. Hot only near Avdeevka and in the vicinity of Mariupol.

#Topad #Foresnic #Donbas #spokesperson #statement the CONSTRUCTION of the PRESS CENTER of STAFF ATO IN 17.10.2017. At the end of the last…

Posted by the Press center of staff ATO on Tuesday, October 17, 2017

Night fighters beat on the fortifications of the ATO forces near Avdiivka, Butovka, Novoselivka Druha, Trinity, Maori, Sand and Heater. Close to Zaytsevy one Ukrainian military was lost.

We will remind, the previous day one Ukrainian defender was killed, one was fatally injured in the detonation of an unknown explosive device. Two soldiers were wounded.