Poroshenko called the goal of Saakashvili 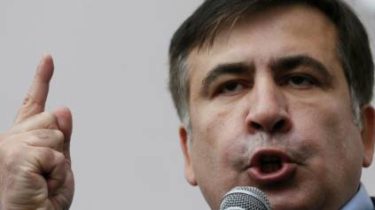 Supporters of leader of the party “Movement new forces,” Mikheil Saakashvili aim to seize power in Ukraine at any cost.

The Chairman of the BPP Arthur Gerasimov said during a speech from the rostrum of the Parliament, UNIAN reports.

Saakashvili wants to stay with the protesters under the Rada

“I am more and more convinced that neither Saakashvili nor his supporters did not set myself the goal to achieve compliance with those requirements that they put forward. Their real goal is a real large-scale destabilization in Ukraine to seize power at any cost, ” – said Gerasimov.

He also urged the protesters to stop blocking the Parliament, as such actions “are infidels.”