Saakashvili wants to stay with the protesters under the Rada 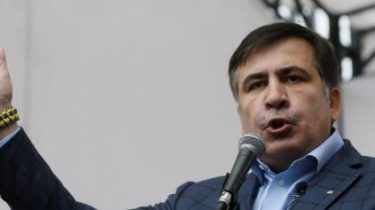 The leader of the party “movement new forces”, the former head of Odessa regional state administration Mikhail Saakashvili said that will remain together with activists, protesters under the building of the Verkhovna Rada.

“I think it’s a good idea then we all stay until they accept what we require… I’ll stay with you. We will have more and more, we are stronger,” he said.

Saakashvili also called on all concerned to join the protest.

Video settings the clashes in Central Kiev is already one victim

Recall that today, October 17, in Kiev representatives of different political parties protest outside the Verkhovna Rada for political reforms. The government quarter was blocked by police officers.