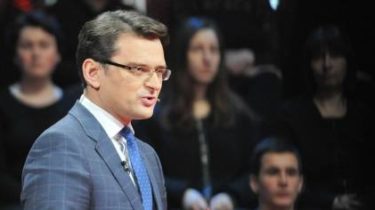 The resolution of the parliamentary Assembly of the Council of Europe on new Ukrainian law “About education” is the pressure on the Venice Commission.

This was stated by permanent representative to the Council of Europe Dmitry Kuleba, writes “UKRINFORM”.

“I personally believe that the adoption of such a resolution is the pressure on the Venice Commission. Because of the PACE, in fact, demonstrates what is its position,” he said.

According to Kuleba, it is obvious that the experts of the Venice Commission will take into account the context in which this process occurs, although the impact on them is difficult.

“Our position is very simple – do not put pressure on the Venice Commission to anyone: neither Ukraine, nor Hungary, nor the PACE, nor the EU nor Russia. This authoritative body, give him the opportunity to understand that the Law of Ukraine “On education”, – he added.

At the same time Kuleba commented on the document, which took the PACE, noting that the resolution is important things as for Ukrainians and representatives of national minorities.

“The resolution says that the state language should know. This is unacceptable when minorities speak the state language. This is a “plus” for Ukraine. A “plus” for Hungarians is that they managed to push through a position in which the Assembly calls on Ukraine to implement all the recommendations of the Venice Commission, which will be provided in December this year”, – concluded the head of the permanent mission of Ukraine to the COE.

“The Assembly recommends to the Ukrainian authorities to reconsider the question of minority languages in education, taking as a basis a flexible model of bilingual education for all persons belonging to “indigenous peoples” and “national minorities” that was not discrimination. In practice, the possible benchmark may be at least 60% of the curricula in the Ukrainian language and 40% – in the languages of national minorities”, – consider in the PACE.