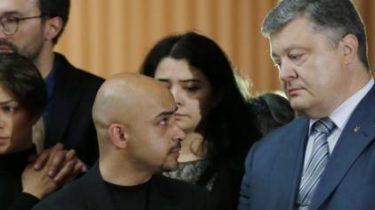 MP Mustafa Nayem said that the President of Ukraine Petro Poroshenko refused to meet with representatives of the protestersadvocating a “big political reform”.

Together with Nye in the presidential Administration came the deputies Svetlana Zalishchuk, Serhiy Leshchenko, Yuri Levchenko and Yuriy Derevyanko. According to Nayem, Poroshenko wanted to meet with only a part of this group (with all but Levchenko and Derevyanko).

Mustafa Nayem said that the protesters is unacceptable.

The President refused to meet with representatives of the campaign Most political reform. Come along with me Svetlana…

Serhiy Leshchenko on his page in Facebook wrote: “First Deputy head of the presidential administration Vitaliy Kovalchuk said that it is willing to accept only three deputies – without Levchenko and Derevyanko. We do not consider it possible to participate in such meeting without colleagues.”