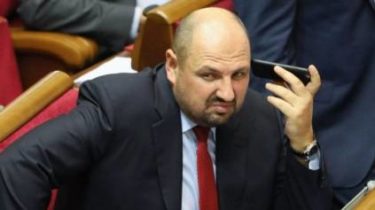 The morning of October 19 in the capital airport the airport “Kiev” (Juliani) employees of NABU was detained by the people’s Deputy Borislav Rosenblatt during an attempt to fly the flight Kiev – Cologne.

It is reported LB.ua citing a source at the airport.

The press service added that the Deputy was carrying gold and diamonds. Yesterday, October 18, and today he allegedly failed to appear in court.

He commented on the incident, and the parliamentarian. Rosenblat wrote that he warned the anti-corruption Bureau about his intentions on three days to travel outside of the country. Data about the gold and diamonds he did not comment.

“Personally informed the NEB, on that plan for 3 days to travel outside of Ukraine, although not obliged to report it. Indeed, at present, there are no restrictions on my movement. Added to the statement copies of the tickets. But NABOO has its own laws and regulations. Chaos continues!”, – said in his post on the social network Facebook.

Personally reported to the NEB, on that plan for 3 days to travel outside of Ukraine, although ought not to have been podolec…

Recall, recently ended period of preventive measures to the people’s Deputy Borislav Rosenblatt, which NABS suspects of involvement in the corruption scheme for the extraction of amber. The amount of bribes received, in this case, is more than 300 thousand dollars.