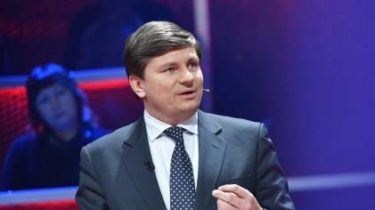 The Chairman of the faction “block of Petro Poroshenko” Arthur Gerasimov said that on Thursday, October 19, the Verkhovna Rada will vote for the bill on removal of inviolability from deputies.

He said this to journalists under walls of presidential Administration, his statement was in the strimm in Facebook people’s Deputy Serhiy Leshchenko.

“With or without you (meaning members who take part in the rally under the Verkhovna Rada – ed.), tomorrow’s law on the lifting of parliamentary immunity will be voted and sent to the constitutional court”, – said Gerasimov.

The head of the faction “BPP” has noted that the bill provides for the removal of immunity of deputies from 2020. “This is the real thing that allows us to understand clearly that this law will be voted. All the rest is PR and lies,” he said.

In addition, the head of the Pro-presidential faction assured that the bill on anti-corruption court also will be voted this year, but after the conclusion of the Venice Commission.

Lutsenko told about dozens of MPs, which can remove the immunity

Videopolice released the detained protesters near the Parliament