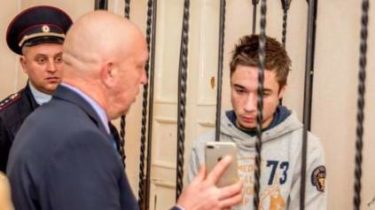 “Baseless content of the Fungus in custody in pre-trial detention in Krasnodar on trumped-up charges is another evidence of the political nature of the case”, – said the Ukrainian diplomats.

The demonstrative refusal of the survey of the health of the Fungus Ukrainian doctors on the implementation of the decisions of the European court of human rights and inhumane attitude towards him, laying full responsibility for the life and health of Ukrainians on the Russian side.

The Ukrainian Mushroom allowed the consuls, but still not allowed to meet with doctors

“Ukraine’s foreign Ministry demands the immediate release of Paul of the Fungus and encourages the international community, human rights organizations to condemn brutal treatment of the Russian side illegally detained Ukrainian Mushroom and increase pressure on the Russian Federation for his dismissal,” – noted in the Ukrainian Ministry.

Earlier it was reported that it withheld in the Krasnodar SIZO Ukrainian Pavel Mushroom did not let Ukrainian doctors, who went to Russia. As told to TSN Paul’s father Igor Grib, Russia refuses to explain the reasons for the refusal.

We will remind, the Fungus disappeared in September in the Belarusian Gomel: according to his parents, he was detained by the FSB. In Belarus he left on August 24 to meet up with a girl who lives in Russia, whom he met through the Internet. 17-year-old resident of the city of Sochi in an interview with TSN admittedthat actually invited a guy to Belarus. Forced her to do it the FSB of Russia, because she is also under investigation.