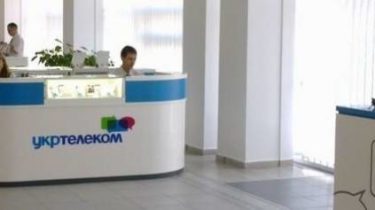 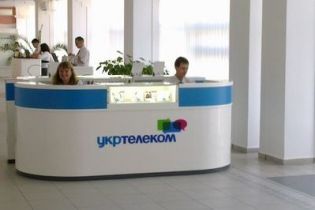 The economic court of Kiev made the decision on return to state property of shares (92,79%), OJSC “Ukrtelecom“, which belongs to “ESU”, the company of billionaire Rinat Akhmetov.

Meanwhile, in “ESU” has stated that it will appeal the judgment and would appeal.

“ESU” does not agree with the trial court’s decision and will continue the protection of the rights of ownership of shares of “Ukrtelecom” in appellate court”, – said the “Interfax-Ukraine” in the company.

In “ESU” also assured that the decision of the court of first instance will not affect the operational work of “Ukrtelecom”, in particular, will continue large-scale modernization of the company, in partnership with the China Development Bank.

“Given the nature of the claim of the SPF and their relationship with the actions of previous owners of “Ukrtelecom” company “ESU” considers it necessary to reach a reasonable compromise regarding the implementation of the privatization commitments,” the company said.

Phone calls will be more expensive for Ukrainians

The Board of the Fund has been repeatedly tested and confirmed the performance of the relevant obligations of the privatization, with the exception of the last inspection, which took place after the deadline (from may 2016 to February 2017) and in which there was no agreement on the confirmation of several of the more than 50 privatization obligations. This was explained in “ESU”.

We will remind, the state property Fund filed a lawsuit in may, demanding to terminate the contract with “ESU” and to collect of 2.17 billion UAH of fines. The third person in the case was raised by the state “Oschadbank”, in pledge at which is located said package of shares of “Ukrtelecom”.

The state property Fund of Ukraine according to the results announced in the fall of 2010 contest in the beginning of 2011 sold 92,79% of stocks “Ukrtelecom” the Ukrainian subsidiary of Austrian EPIC – LLC “ESU” for 10 billion 575.1 million UAH. Group “SCM” Ukrainian businessman Rinat Akhmetov purchased the “ESU” in 2013.

According to the disclosure system NKTSBFR, LLC “ESU” in the first half of 2017 decreased net profit by 8.9% compared to the same period of 2016 to 72 million, accumulated losses by the end of June reached 6 billion 834,3 million UAH, and income was missing. The main asset of the company are long-term financial investments – shares of “Ukrtelecom”, which cost in the balance sheet valued at 10 billion 799,3 million UAH, according to the contract of purchase and sale from 2011.

“Ukrtelecom” in the first half of 2017 received a net profit 355,3 million UAH, which is almost two times higher than in the same period in 2016. The company’s net income for the reporting period decreased by 1.5% to 3,154 billion.

Earlier it was reported that “Ukrtelecom” has forced to pay to the state budget more than a million hryvnia.