10 volumes of the case Sushchenko: Feigin said when he will appeal the arrest 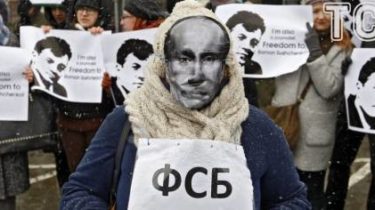 Lawyer mark Feigin, which protects illegally detained in Moscow, Ukrainian journalist Roman Sushchenko, called the timing of the court action regarding the content of his client’s detention.

“Let me remind you that the period of detention Sushchenko under guards expires on November 30. Early in the second half of November, the Presidium of the Moscow city court will consider my appeal. But somewhere a week before the expiration of the period of detention will be a meeting on the extension of arrest,” – said Feigin.

“We will very soon meet me in a free Ukraine”. Umerov said Sushchenko

He suggests that detention would be extended for another two months.

The investigation in the case of Roman Sushchenko is finished. The lawyer mark Feigin and his client began to familiarize with ten volumes of business.

“We Roman Vladimirovich announced the completion of the investigation. It consists of 10 volumes of procedural and operational materials. Read more can not speak, because the case – classified as a state secret. My client are currently exploring the second volume,” – said Feigin.

“Sushchenko not admit guilt. And today he again refused to give themselves testify, referring to article 51,” – concluded the lawyer.

On September 25 a court in Russia has extended the arrest of the journalist for two months.