MPs come to Parliament only in November, but activists disagree 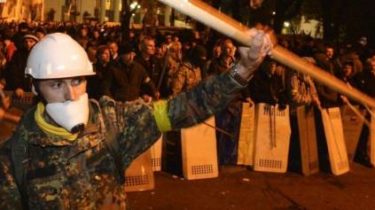 The degree of protest at the Parliament began to decline. Next time deputies will gather in the Parliament only on 7 November, but the activists are not going to fold the tent.

Aunts and egg shampoo: Barna and Goncharenko commented on the experience under the Rada neglect

The protesters claim that in their town there was one tent for the night people. Overall, the night passed quietly. Protesters plan to spend the night at the Parliament until all their demands are not met – still hanging in the air the question of creating an anti-corruption court.

We will remind, on October 17, in Kiev representatives of different political parties protest outside the Verkhovna Rada for political reforms. The government quarter was blocked by police officers.

Protesters demand changes to election law, removal of parliamentary immunity and the creation of an anti-corruption court. 19 oktyayurya the demonstrators dispersed, but near the Verkhovna Rada left the tent with the “organizing Committee” meeting. Activists of the “Movement of new forces” Mikheil Saakashvili decided to continue the protest.

Videomeetings decided to partially suspend the protest at the Verkhovna Rada