NABU filed a separate proceeding on the passport Rosenblatt 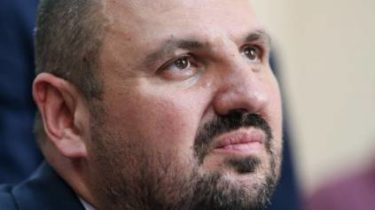 The National anti-corruption Bureau of Ukraine instituted criminal proceedings on the fact withdrawn the diplomatic passport in the name of people’s Deputy Borislav Rosenblatt. This document was the policy during an attempt to fly to Germany on 19 October this year.

As the press service of NABOO, information about the case is brought in the unified register of pretrial investigations and qualified under part 1 St. 366 Criminal code of Ukraine. “According to investigators, the officials of the Verkhovna Rada of Ukraine, acting on a prior agreement with the people’s Deputy of Ukraine Borislav Rosenblatt with the purpose of providing latest possible departure abroad, made knowingly false information in official documents”, – reported in anti-corruption bodies.

Videonab released the video search Rosenblatt on the plane to Germany

According to investigators, the document was for official business allegedly Rosenblatt in Israel, but the politician wanted to use the diplomatic passport for a private trip to another country. This attempt was prevented by the militiamen who have detained the Deputy together with the materials of the so-called “amber case” at the airport “Zhulyany” in Kiev.

Sam Rosenblatt argues that from the country was not going to run, but only wanted to visit the clinic after the preliminary measure of restraint against him was over. In Germany he was going to stay two days. The MP said that the staff of the NABOO took him right out of the cabin.