The court ordered the Rosenblatt again to wear an electronic bracelet 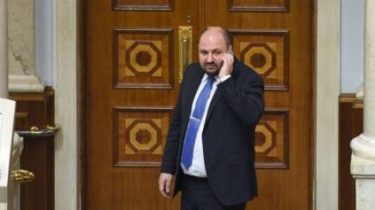 The Solomensky court of Kiev satisfied the petition of the Specialized anti-corruption Prosecutor’s office regarding Borislav Rosenblatt: he’ll wear an electronic bracelet, at least until December 18. This is stated in the story TSN.19.30.

In addition, the MP will take all passports and ban without the investigator’s permission to leave Kiev and Zhitomir. In fact, passport Rosenblatt has already given the day before.

“I never asked for handouts, do not take bribes, was not official. I after Maidan went to the deputies, because I wanted to change the country – first and foremost is the legalization of amber, gambling, marijuana. To benefit the state. You’re funny, and not funny to me, because it is huge funds where corruption is rampant in law enforcement,” said Rosenblatt.

The NEB released a video of yesterday’s search of the people’s Deputy before flying to Germany. Rosenblatt, criminal proceedings in respect of which permitted the Parliament, at the request of the detectives gives documents, gifts for nieces – in particular gold jewellery on 17 thousand hryvnias, two phones and a tablet.

NABU explains withdrew them because these carriers may contain evidence in the so-called “amber.” Rosenblatt allegations of facilitating illegal mining rejects.

Recall that NABU and SAP suspect people’s Deputy Borislav Rosenblatt to obtain undue benefits and abuse of office. The court chose the measure of restraint in the form of a Deposit in the amount of 7 million UAH and obliged to surrender passport, wear an electronic bracelet, and the like. The validity of these duties ended on October 16. To continue their trial failed because of the absence of the suspect on re-meeting. Yesterday, October 19, Rosenblatt, who was carrying gold and diamonds, was detained at the airport “Kiev” (Zhulyany). The man was going to fly to Germany.