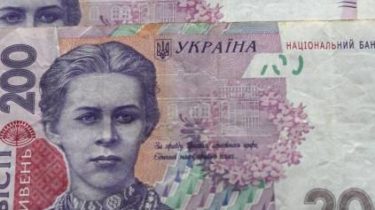 The Ukrainians have another year of the war pay a military tax, but it is not directly in the army, and dissolved in the General Fund budget. But the security forces receive a fixed sum for a year, says the story TSN.19:30.

For the money that has already been collected, APU could have bought a dozen F16 fighter jets, or a hundred tanks “Oplot”, or 14 thousand 2-room apartments in Kyiv, or more than 70 thousand prostheses, or 1.2 million full sets of military uniforms. “In 2016 11.5 billion. For the first nine months of this year, the amount already amounted to 11 billion,” – said the Deputy Director of the Department of taxes and fees from individuals of the DFS Tatiana Fedchenko.

Video settings BP registered a bill, which can make the military independent

1.5% of wages, which the Ukrainians pay monthly, introduced three years ago to support the Armed forces. MPs are concerned that the current military tax is almost 10% of the defense budget of Ukraine, but this money on defense does not directly go. “The money goes to the General Fund. And what is General Fund? All of it funded,” says Dubinin.

The Ministry stated that Ukraine should significantly increase the environmental tax

Shkiryak believes that it is not correct and adds that the collection was introduced as an additional tax, and therefore should be independent of the other and go exclusively to the defense of the article. The other point of view has Vinnik – he believes that 5% of GDP allocated to the army, is a significant amount. “To ensure the defence only the collection impossible. It is financed by different taxes from different sources, so there is no sensation,” he says.

Supporters of the allocation of fees in a separate article of direct funding of defence requirements say that the program from the General Fund are funded not always in time, whereas the military fee is paid monthly and regularly – and in the current environment the army can’t wait. “The army should have ensure that does not not depend on anyone. To avoid the political whim of the government wanted or not wanted by the Minister wanted or did not want. It has to be funds that just go to the army,” – says Ilyenko. “My personal opinion is that military training would have to integrate into the development of the defense industry and military technology”, – said Yuri Birch. “It should be a direct tie. For example, we have a huge problem with the conditions of storage of ammunition”, – Chornovil recalls.

That is why Parliament has registered a bill, which can make the military independent. “We demand that the money went on the protected article and to use them could solely on the needs of the army. For research programs to develop modern weapons systems, repair of armament and procurement of new”, – says Dubinin. Importantly, say the authors of the bill, to have time to review it prior to the adoption of the new budget, because otherwise given the Ukrainians the money for the army will go back to the General Fund.