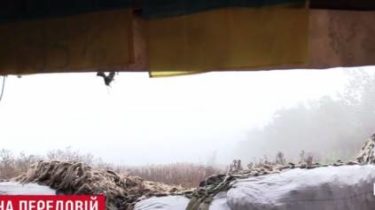 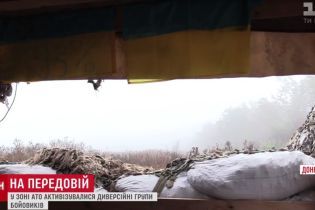 Front near the Azov sea was covered in impenetrable wall of October fog, the visibility dropped to almost zero. Hold the line there military have to almost blindly, says the story TSN.19:30.

However, it is not too reduced the activity of the enemy – the enemy continues to use small arms and mortars to grenade launchers. “When the fog, they have 15 minutes, half an hour. When there’s no fog, you can’t every five minutes to sweep,” says the fighter with a call sign “Wolf”. However, despite the supposedly more rare attacks, the danger in this kind of weather is not decreasing but increasing. A 20-metre visibility – ideal conditions for the sabotage attacks by enemies. “A thermal imaging camera is not working, the nightlight, too,” says the Ukrainian soldiers.

In addition, that the movements of the DRG are difficult to notice, it is impossible to calculate also the firing points, which shoots the occupant. And though the hunt to get closer to his soldiers repulsed the aggressors a few months ago, they still always keep alert to the attack caught them off guard. Shoot to kill Marines and are able and ready. However, recognize that in such a grueling time of constant stress to be much more difficult than even a fierce battle. “Warms the thought that we are not in vain. I am here to war was not in my house”, – says military by the name of Vlad.

As reported, now almost no neutral ground between the positions of the military and Pro-Russian fighters in the Azov part of the Donetsk region. Fighters is connected to the so-called “bread peace”.