In Russia, the head of the culture Committee called the MP “g*ndon unfortunate” and demanded to “follow the market” 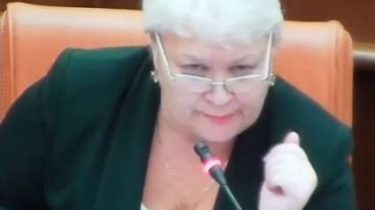 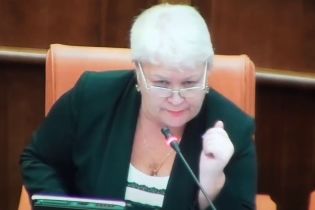 The head of the Committee on culture and education of the legislative Assembly of Krasnoyarsk region of the Russian Federation Lyudmila Magomedov became a star of the Internet, abusive varuga his colleague during a meeting.

Ivan Serebryakov, the head of the faction “Patriots of Russia”, was named one of the initiatives Magomedova nonsense. The head of Committee of culture, representing the Pro-Putin “United Russia”, in debt left.

“That’s bullshit. Sometimes I wish that you say, say the word “nonsense”, but I never allowed, so watch for the market”, — said the Deputy and turned off the microphone.

Recall, the press Secretary of the President of Russia Vladimir Putin , Dmitry Peskov, swore in the broadcast of the program “international sawmill” on NTV. Response to the humorous question of the leader as he translated the phrase, the foreign Minister of Russia Sergey Lavrov “Morons fucking”, Peskov said: “of course, I’d said, “Goats fuck”.