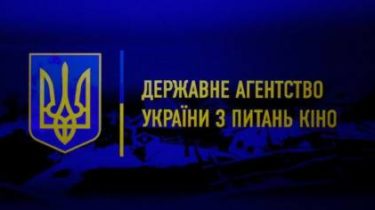 The Prosecutor’s office of Kiev opened criminal proceedings concerning the embezzlement of public funds to Finance films, which was carried out allegedly with the consent of the head of Goskino Philip Ilyenko, the protege of the political forces of “Freedom”. In a press there were chronological, sequential representation of events, schemes and the names of the defendants in the investigation, says the story TSN.19:30.

To investigate and have only in the last year in the budget of Ukraine for the production of films was laid down 600 million, and next year I plan to more than a billion. Ilyenko came at a meeting with reporters along with Deputy Sergey Neratinib and began to pretend to not understand the questions regarding criminal proceedings: “What is production? Who holds? About what?”.

Criminal proceedings appeared in the summer – the investigating prosecutors found that the state money allocated to the Ukrainian cinema, was converted into cash through fictitious firms. At the same Holosiyivsky court in the capital gave the investigators access to Bank accounts of several filmmakers – the suspicions of law enforcement officers about the fictitious enterprises and payment of non-existent services was confirmed.

Prosecutors complained that the investigation is complicated by the peculiarities of the taxation of film production and specific work of the filmmakers. But until journalists finally got the materials of the investigation in which the investigators of the Prosecutor’s office of Kiev carefully describe the schema and name names. The investigation established that a company controlled by the producer Vladimir Filippovu other Philip Ilyenko, transferred the money into cash through fictitious companies, and helped them in this tax.

Amid financial scandal, the state can deprive features in favor of a new structure

About corruption talent officials also say the reputable Directors and producers. The scheme of plunder of means has been operating for several years – it is called the horror and degradation of the Ukrainian cinema. Why the years from the budget of Ukraine via the state output of millions of hryvnia, and why this one never picked up will tell the journalists of the program “Groshi” on Monday, October 23.