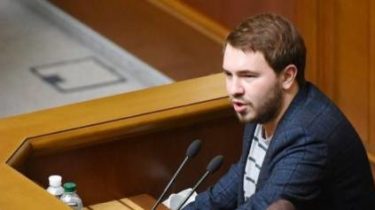 MP from the Radical party Andrei Lozovoi said that the “forest mafia” ordered an assault on him that occurred on Sunday in Lviv.

“The customer of attack on me is the forest mafia, specifically the head of SOE “Slavske forestry” Sergey Kokott and his protege – the candidate for the head of Slavske, if it’s from the power of Vladimir Running”, – wrote Deputy on his page on Facebook.

please don’t worry, I’m fine. do not wait! customer attacks on me is the forest mafia, specifically the…

Another a radical Deputy Igor Mosiychuk wrote that the attack occurred in the house of culture in the village Gasolina, not near the recreation center, as previously reported. But the attackers arrived by car and entertainment complex “Vedmezha tower.”

“The name of the organizer aunts and one of the attackers – Volodymyr Lutsyk. Customers of the attack is the owner of “Bear tower” (and with the machine they severely burned), the candidate for the head of Slavske, OTG Vladimir Running and his patron – the head of SOE “Slavske forestry” Sergey Cocots” – wrote Mosiychuk.

Information about those scho napad on Andrew lozowy of trapese bazi bilja “Vezha Vedmezha” is not vdova dynast. Incident Stasia…

Earlier the Deputy of the Lviv city Council, Igor Zinkevich said that in the Lviv region beat the people’s Deputy from the Radical party Andrei Lozovoy. According Zinkevych, the conflict occurred near the recreation complex “Olympia” and the reason for this was the alleged dog breed French bulldog. The MP said that the protection he picked up the dog. Then to the Deputy and his guard approached the car with a sticker of the entertainment complex “Vezha Medveja” to pick up this dog.