The breadbasket of Europe: experts predict Ukraine a record export products to the EU 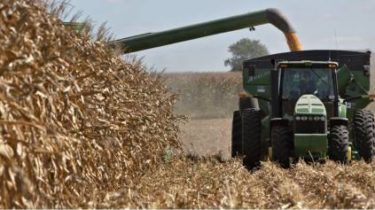 This year Ukraine can set record in number of units sold in Europe agricultural products and food products. About it reports the UNIAN with reference to data of the National scientific center “Institute of agrarian economy”.

According to experts, the export volumes of Ukrainian agricultural and food products to the EU may exceed the pre-crisis record levels of 2012 and 2013, which accounted for $ 5 billion. In January-September, Ukraine exported goods worth 4.2 billion dollars – and has repeated last year’s figure. The volume of products sold during the reporting period increased by 11.4%, and the total trade turnover – by 31.2%. Positive for Ukraine’s balance amounted to 2.6 billion dollars.

As previously reported, Ukrainian agricultural producers were divided into satisfied and disgruntled, because they believe that the state subsidizes some, and robbing others. This year, the state budget allocated 4 billion hryvnias which was distributed on 1140 producers, among which are those that raise pigs, cows, are used for crop production, monochrom, but most of the money they took for myself two large agro – producers of chicken.