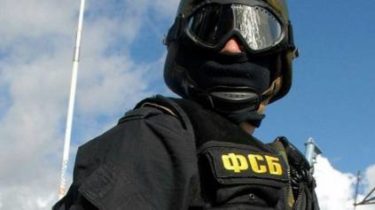 In the Kursk region during the alleged attempt of illegal crossing of the Ukrainian-Russian border with the shooting detained the citizen of Ukraine.

This was reported in the press service of the Russian security services, wrote UNIAN.

“Border Department of the FSB of Russia in the Kursk region arrested a 31-year-old citizen of Ukraine, who illegally crossed the state border from Ukraine to the Russian Federation”, – stated in the message.

According to the FSB, Ukrainian allegedly opened fire during the arrest and tried to escape on the territory of Ukraine.

“During the ensuing firefight, was shot and wounded moderate”, – said the Russian border guards.

In addition, the FSB said the man found two pistols and five hand grenades and 50 cartridges of caliber of 5,45 mm and 26 vials of liquid material gray in color, presumably of mercury.

Recall, October 3, two officers of Department of a border service “Snob-Novgorod” Sumy frontier group took control of the area of the border and about 20.00 lost touch with them. Subsequently, the Russian FSB confirmed: they were arrested.