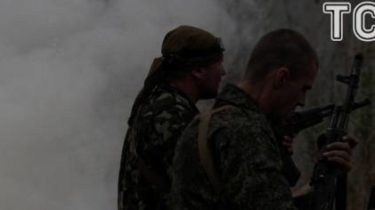 For the last day terrorists 22 times violated the ceasefire. In the fighting one soldier was injured.

On the Donetsk direction the militants were beaten on the strong points close to zaytsevo, Avdeevka, Kamenka, Luhansk and Verhnetoretskogo. Also at the end of the day came under fire of the ATO forces in the area of Maori and Butovka.

#Topad #Foresnic #Donbas #spokesperson #statement the CONSTRUCTION of the PRESS CENTER of STAFF ATO IN 23.10.2017. The district has been…

Posted by the Press center of the ATO headquarters on Monday, October 23, 2017

On the seaside direction, the terrorists fired at positions Armed forces of Ukraine near the Crimean, Novoaleksandrovka, in the area of Novozvanovka and Popasnaya.

On the Mariupol direction under fire were the strengthening of the ATO forces near Marinka and Starognatovki.

Earlier on briefing the UN on the humanitarian situation, the Ambassador of Ukraine Volodymyr Yelchenko said that at least 1.6 million Ukrainian citizens were displaced in 2014, more than 3.8 million people in need of humanitarian assistance due to Russian military aggression and occupation.