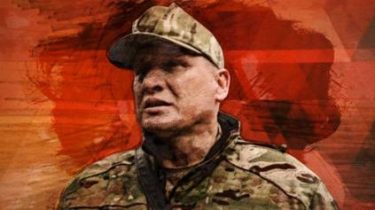 Where in Ukrainian politics appeared Nikolay Kohanivsky? The answer to this question is in the plot TSN.19:30.

Kochanowski was born in Zaporizhia, he was 46 years old. He was an entrepreneur in the market, for the first time publicly became known after the damage of hammer of the Lenin monument in 2009. During the revolution of Dignity was a centurion in the Maidan, and later in the Donbas headed dobrobat who refused to obey the Armed forces of Ukraine.

With the name Kohanivsky link the riots in the anniversary of honoring the memory of Heroes of Heavenly Hundred. Last year, the politician urged to bring tires to the Maidan of Independence and ignite them at the same time the part of the members of the chamber went to RAID the office of the “Ukrainian choice”, which was associated with Viktor Medvedchuk, and the Russian branch of “Sberbank”. May 9 this year during the procession of the so-called “immortal regiment” past the locked office Kohanivsky from the window in the column threw a smoke grenade, causing a police injured.

Kohanivsky also threatened to demolish the monument to Shchors in Kiev. In March 2015, the OUN expelled him from its ranks.