The court in the case Kohanivsky adjourned, the former OUN took the ambulance 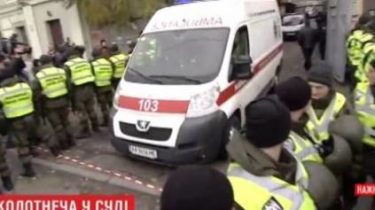 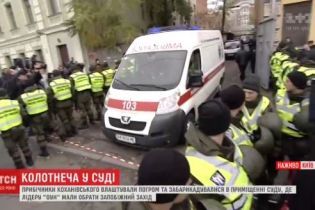 The former commander of the battalion OUN Nikolay Kohanivsky from the audience Sviatoshynsky district court was taken away by the ambulance.

This was reported by TSN correspondent Natalia Nagornaya.

In turn, people’s Deputy Ihor Mosiychuk was admitted on his page in Facebook said that emergency doctors after inspection Kohanivsky agreed the need for further examination.

“X-ray, MRI to determine the severity received during the assault injuries. During the examination in court, the physicians noted a lack of coordination and memory – probably talking about traumatic brain injury,” he wrote.