Ukrainians began to eat less meat, but more to export 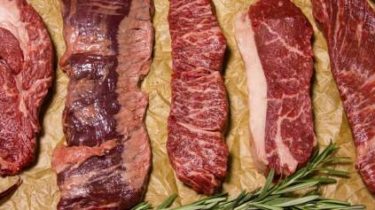 Ukrainians began to consume less meat, according to TSN. Ranok.

For the first half of the figure is 35.5 kg each, which is almost a pound less than the same period last year.

Nobel laureate in medicine, called on Ukrainians to eat pork

At the same time, exports have grown by almost a quarter. High demand Ukrainian bird was used in Egypt, Netherlands, Iraq. Beef and pork most bought Belarus, Georgia, Kazakhstan and Moldova.

Earlier it was reported that in Ukraine sharply increased the prices of chicken and eggs due to increase in exports of these products demand increasing in domestic and foreign markets, so pricing goes up, experts explained.