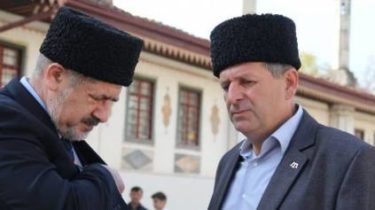 Deputy Chairman of the Majlis of the Crimean Tatar people Ahtem Chiygoz and Ilmi Umerov undergo rehabilitation at the clinic of the State administration in Kiev.

This was announced by the Chairman of the Mejlis Refat Chubarov, reports Public.

Rehabilitation will take place in the previously closed clinic on the Top (the clinic of the 4th Department)” he said.

According to Chubarova, this was ordered by President Petro Poroshenko.

The head of the Mejlis noted that Russia liberated Chiygoza and Umerov, putting forward a demand that they cannot work in the Crimea.

“Moving them out of the Crimea means that they closed the road home. That is, it is the dismissal with the prohibition to live in the Crimea. So, Ilmi Umerov and Ahtem Chiygoz will work in Kiev until we are all together back home in the liberation of the Crimea”, – he said.

According to Chubarova, the Kremlin has chosen the tactic of moving prisoners to Turkey, to demonstrate that Moscow is to meet Kiev and Ankara.