Groisman decided to investigate the massive failures of tenders in Ukraine 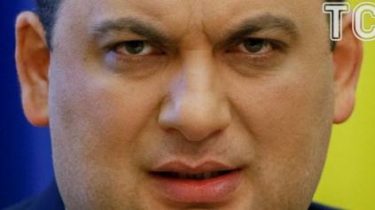 Local authorities need to pay close attention to the cases of blocking and disruption of tenders in the regions. This was stated by Prime Minister of Ukraine Volodymyr Groysman during a meeting with the leadership and members of the Association of Ukrainian cities.

According to the governmental press service, this problem during a call, called the key goals for the city. An important reason for the failure of the procurement participants of the meeting called the decisions taken by the Antimonopoly Committee.

Videosender to repair schools: how to earn it

The Prime Minister urged the mayors to give him a detailed report on this situation. “I ask the Association to prepare an analytical material: how many tenders as they were stopped, by whom, who are participants and who are those who block the process,” – said Groisman.

Chairman of the ACU said a sharp accusation, concerning the abolition of the tender

The Cabinet noted that the failures of tenders in recent times, and in most cases, the real reason for blocking procurement no. However, despite this, procedures are delayed and lost time during which state institutions and local authorities would have to use legally acquired for business use property.

Earlier in August, Groisman said that Ukraine is functioning in the organized criminal group of shell companiesthat show up on all public tenders without having proper production facilities and products, and then, regardless of the outcome of the auction, submit a complaint to the Antimonopoly Committee, which blocks the tender.

The Cabinet Of Ministers Of Ukraine