In the area of the ATO killed four Ukrainian military, three wounded. Day in the Donbass 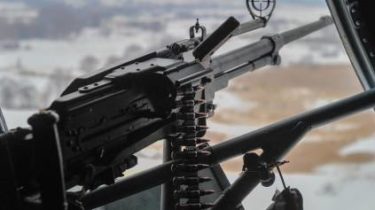 In Chernihiv, the Museum exhibited as a captured Russian tank from the zone ATO

#Topad #Foresnic #Donbas #spokesperson #statement the CONSTRUCTION of the PRESS CENTER of STAFF ATO IN 24.10.2017. At the end of the last…

Posted by the Press center of staff ATO on Tuesday, October 24, 2017

The rebels were beaten on the outskirts of the Water, the positions near Talakivka. They also shelled the military in Avdiivka was hit on the strong points of ATO forces in the area of zaytsevo, Lugansk and Trehizbenka.

Earlier, the UN said Pro-Russian militants occupied territory of Donbass is one of the most heavily mined regions in the world.