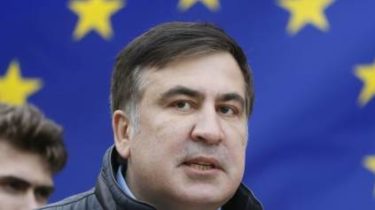 The ex-President of Georgia, the party leader “Movement new forces,” Mikheil Saakashvili received the documents from the office of the President on deprivation of his nationality and is planning to appeal this in court

He stated that near the building of the State migration service, Interfax reports.

“I go to court today or tomorrow. Finally, we received documents from the presidential administration on citizenship issues. And we will appeal the denial of my citizenship,” he said.

Recall that Saakashvili was deprived of citizenship in late July, when he was outside Ukraine. He is a politician went back on September 10. The Ministry of justice of Ukraine received a request from the Prosecutor’s office of Georgia for the arrest and extradition of Saakashvili.

The state migration service denied Saakashvili’s recognition as refugee or person who needs additional or temporary protection. It stressed that the politician ignores the issues of the settlement of its legal status in Ukraine, which gives reasonable grounds to the competent authorities to carry out the procedural arrangements for his leaving the territory of Ukraine exclusively within the framework of existing legislation.

Videolatina, said that Saakashvili and his supporters have been trained in the Ukraine coup