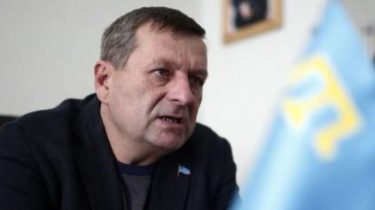 Convicted by the occupants of the representatives of the Mejlis of the Crimean Tatar people of Akhtem chigusa, and Ilmi Umerov gave the Turkish side.

This was announced by the leader of the Crimean Tatar people Mustafa Dzhemilev, reports Ukrainian Pravda.

They are first brought to Simferopol, then the plane took them to Russia Anapa, later plane with representatives of the Mejlis of the Crimean Tatar people went to Ankara.

Dzhemilev added that this exchange was possible thanks to the agreements reached during the visit of Turkish President Recep Tayyip Erdogan to Ukraine.

Recall Chiygoza was arrested in January 2015 and spent 15 months in prison. After that, with numerous violations of the demonstration trial. He was found guilty of organizing “mass disorder”related to clashes that occurred on February 26, 2014 between Pro-Ukrainian and Pro-Russian protesters.