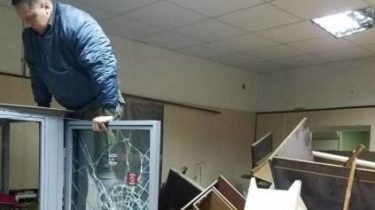 About this informed the press-Secretary of police of Kiev Oksana Blischik, reports “Ukrainian truth”.

According to her, activists suspected of hooliganism, deliberate destruction and damage of property and interference with a law enforcement officer.

The police will petition the election for the detainees the measure of restraint, which probably will take place on 25 October.

Oksana Blischik added that other detainees were released. All were detained 30 activists.