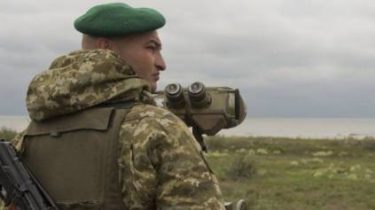 In HCC do not exclude that in Russia preparing for exchange of two Ukrainian border guards, who disappeared on the border in Sumy region, two Fsbeshnikov that was detained near the Crimea.

“It is on this conclusion, we suggests the reluctance of the Russian side to have a dialogue,” – said the representative of the border service.

“Under normal operating cooperation in the peaceful areas of the border this problem is solved in one meeting during 1-2 days after the incident – if there are no aggravating circumstances”, – said Slobodyan.

He said that this situation, in particular, took place at the Belarusian border, when the border guards from Belarus because of the circumstances that they are not depended, violated the border, and then the state border service of Ukraine “handed them back”.

“And so were the situations in different years and with our guards,” – said Slobodyan.

However, as he said, through the failure of the Russians to discuss the issue of return of 2 Ukrainian border guards unilaterally, “still don’t know where our troops are, what condition they’re in and under what circumstances were on the territory of Russia”.

As previously reported, two of the guards disappeared during the monitoring of the border in Sumy. The incident occurred near the village of Sestroretsk. In that direction, says Advisor of the state border service Oleg Slobodyan, border guards noticed a suspicious movement and went to the scene. About 8 PM with the officers of the disappeared link. The search continued all night and half a day, while Russian media have published information about the detention of two Ukrainian servicemen. The Russian FSB was not allowed Consul of Ukraine to two detained Ukrainian border guards. According to operational information, the Russian Federation has already held a court against the Ukrainian border guards – review was on articles regarding “illegal border crossing” and “malicious disobedience to employees of law enforcement body”. The court’s decision – 2 months in custody.