Erdogan personally negotiated with Putin about the release Umerov and Chiygoza 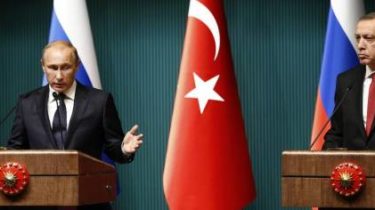 This was announced by the leader of the Crimean Tatars, MP of Ukraine Mustafa Dzhemilev, reports Еспресо.TV.

According to him, the meeting between Erdogan and Putin took place on 6 October in Ankara.

Before that, at the meeting of the UN General Assembly Ukrainian President Petro Poroshenko spoke to Erdogan about what he should demand from Putin the release of political prisoners, and as often going out with him. First of all Umerov and Chiygoza.

The day before the meeting of the leaders of Erdogan and Putin the Crimean Tatar Diaspora in Turkey, recalled a letter that the Turkish leader raised the issue of the release of the Deputy head of the Majlis.

Three days after Erdogan arrived in Kiev and announced Poroshenko and his the results of his talks with Putin.

“My question about how did Erdogan Putin to release political prisoners, he said, “about Chiygoza Umerov and you will soon receive information. The results you will see.” And we already hope that there will be something good,” – said Dzhemilev.

After two days in Strasbourg at the PACE session Chiygoza lawyer Nikolai Polozov said Dzhemilev, a Deputy Chairman of Mejlis in his cell in Simferopol was visited by two generals of the FSB. They spoke about the agreement Putin and Erdogan for their release.

Thus Dzhemilev has confirmed that the Russians demanded Umerov and Chiygoza appeal to Putin asking for clemency, but they flatly refused.