In Europe, banks may legalize Bitcoin its own payment systems 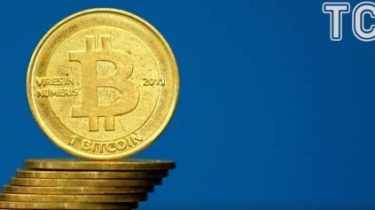 The most famous cryptocurrency in the world Bitcoin is becoming increasingly popular not only online, but in the calculations in the real world. It has no reference to banks and States, and therefore is not considered a design unit for which you can apply the tax legislation, according to a story TSN.19:30.

Funds go directly from buyer to seller transactions are made through the network of users who have installed the system. E-wallet there is no freeze, and to pay him in any country of the world.

Videovirtual money: in Europe the number of institutions where you can pay with bitcoin

The founder of the cryptocurrency is considered to be Satoshi Nakamoto – almost 10 years ago under the pseudonym of published information about the first bitcoin. However, still not known for certain who this is actually. At last count, Nakamoto owns at least one million virtual currency. First purchase with bitcoin was made seven years ago – it was two pizzas for ten thousand bitcoins. Today one bitcoin is worth almost six thousand dollars in today’s money those pizzas cost almost $ 60 million.

Bitcoin, the blockchain and mining. Who needs cryptocurrency and how state control

In Poland there are already several hundreds of items that accept the virtual currency. Using a mobile app or BitComet can recharge your phone, pay for the treatment, dancing lessons, food in the cafe and even buy books in antique shops in Warsaw. “I have long bitcoin, but not many. Remember when bitcoin was worth a hundred zlotys, and now more than 20 thousand zlotys”, says the store owner yuliush Kocinski.

Bitcoins gaining popularity in the Czech Republic – in Prague already has a coffee shop, where payment accept only cryptocurrency. It uses a special customer card, money which is transferred through a special machine. And in Germany, one company wants to combine payments with no Deposit with the traditional banking system and to install terminals for the purchase of bitcoins. “A lot of German banks are beginning to come to us and say they want to partially integrate our platform into your service. Imagine, three years ago, banks thought we were crazy,” said project founder Joerg von Minckwitz.

Ukraine is gradually approaching the recognition of the cryptocurrency, and the Verkhovna Rada has already filed two bills that propose to legalize bitcoin and even create the exchange virtual money. However, about the prospects for the adoption of these instruments so far.