In flight with “Marfin Bank” 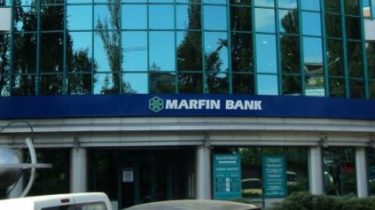 This was possible due to continuous and hard work of financial institutions with potential and existing customers – sailors, as well as sustainable financial position “Marfin Bank”. Among the list of services developed specifically for this category of citizens, – the tariff package for wages, including registration of basic and additional payment cards of the Bank, connection to Internet banking and Mobile banking at a special tariff plan, higher rates on deposits and much more.

Earlier on 27 June 2017 RA “Credit-Rating” confirmed long-term credit rating of PJSC “Marfin Bank” at the level uaA. The rating Outlook is stable, which indicates the absence of preconditions for changes during 2017. For several years, beginning in 2009, the Bank retains high ranking position, which speaks of PJSC “Marfin Bank” as the reliable partner and the financial institution that has prospects in development.

The Bank maintains all the regulations of the NBU and has always fulfilled its obligations promptly and in full. PJSC “Marfin Bank” does not attract resources from other banks on the interbank market, there is no refinancing and stabilization loans from the NBU, has a positive effect on high credit rating. The authorized capital of PJSC “Marfin Bank” is 435 000 000 UAH.