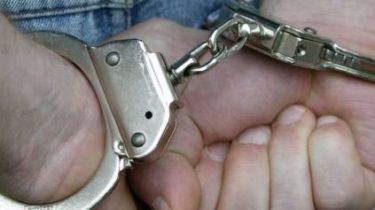 Two Ukrainian border guards who were kidnapped on the border with Russia in the Sumy region, was taken to Moscow.

About this UNIAN reported a source familiar with the situation.

”The guys were taken to the Moscow jail ”Lefortovo”. No visitors are allowed, say the investigation is ongoing,” – said the Agency interlocutor.

Recall that two of the guards disappeared during the monitoring of the border in Sumy. The incident occurred near the village of Sestroretsk. In that direction, says Advisor of the state border service Oleg Slobodyan, border guards noticed a suspicious movement and went to the scene. About 8 PM with the officers of the disappeared link.

The search continued all night and half the day, while Russian media have published information about the detention of two Ukrainian servicemen. The Russian FSB was not allowed Consul of Ukraine to two detained Ukrainian border guards.

According to operational information, the Russian Federation has already held the trial against the Ukrainian border guards – review was on articles regarding “illegal border crossing” and “malicious disobedience to employees of law enforcement body”. The court’s decision – 2 months in custody.